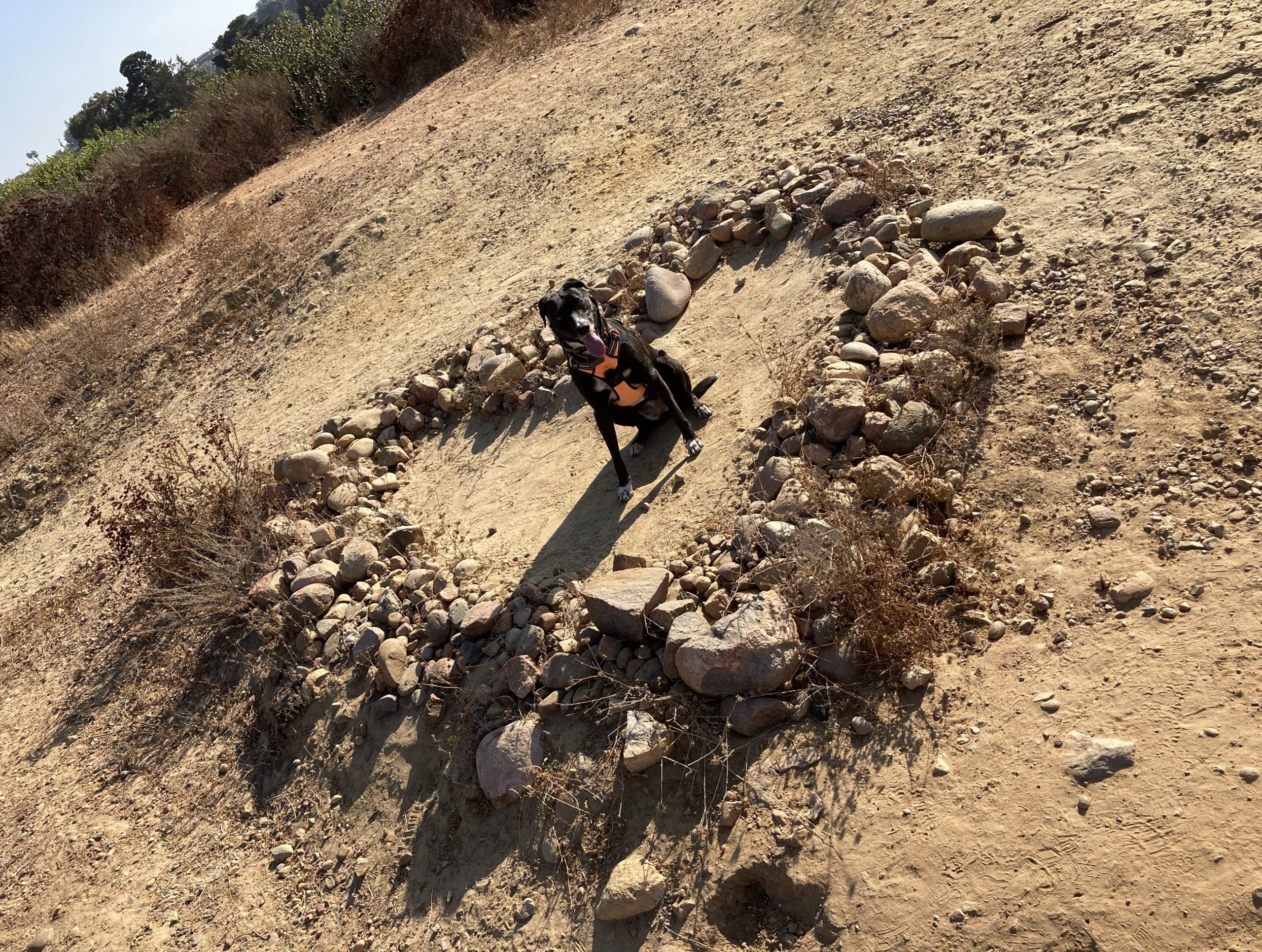 One of the greatest and unexpected joys of late has been talking with strangers with pups in the park. Our San Diego sabbatical beach bungalow is right around the corner from Kate Sessions Park, and I visit it almost every morning with our rescue dog, Lily.

These interactions usually only last two or three talk turns and go something like this.

Them: “What about yours?”

Me: “Yes, she loves dogs but is just scared of most people. She’s feral.”

And, then, depending on the number of sniffs and snorts, I may go on to explain how we think our adopted pup was born on a reservation in Arizona, and that she wasn’t around human beings until after four months old, blah, blah, blah.

Of course, the words don’t matter all that much. It’s the short connection that makes the difference. Today, I met a guy with a 12-year-old lumbering black lab. His name was Olaf and his gait indicated that he clearly suffered a sore hip. The dog, not the guy. That said, Olaf still wanted to chase after Lily’s orange ball. The guy, scruffy and ball-capped,explained, “Olaf doesn’t realize that he can’t chase it anymore.”

With a chuckle, I said, “Sounds about right. That’s me in yoga! I refuse to realize that I can’t do handstands anymore!” And, by god, that’s the truth. Refusing to give up on popping upside down might be part of the reason I am midway through a set of “tune-up” chiropractic visits. But, I digress.

Anyway, we chatted for maybe another minute or two. Lily fetched and Olaf lumbered nearby to steal the ball after Lily dropped it at my feet. Among other things, ball-capped guy indicated with a tinge of real feeling, how he kept noticing how more and more people including himself couldn’t do the things they once had enjoyed so readily. I nodded in commiseration as I wiped Olaf’s slobber off the ball and tossed it again.

The content of the rest of the chit-chat wasn’t all that memorable. But I walked away with my spirit lifted, and aware of the humanity of this man. Ball-capped guy loved limping Olaf enough to still take him to the park. He noticed grief and loss in those around him. He wanted to share himself, and ask questions of me, even if briefly.

This kind of connection, during a period of extreme social isolation, and especially in the heaviness of grieving COVID’s deadly strike upon my husband’s grandpa, is meaningful.

And, in fact, research tells us that talking to strangers is actually good for our wellbeing both in the short and long term. In the short-run, people become happier because we tend to be on our “best behavior” when talking with strangers. People tend to be at their worst (e.g., most grumpy, most boring, most jerky) around those they spend the most time with. It’s awful but true. I guess folks just assume (oftentimes erroneously, by the way) that those closest to them will stay the course.

People tend to become chirpy, clever, and cheerful with strangers. And, the research says that people develop their feelings of well-being and identity largely by reflecting on their own behaviors. It follows, then, that talking with strangers provides an avenue for people to instantly view themselves as, you guessed it, chirpy, clever, cheerful.

And, in the long-run, the research suggests that this type of conversation counts as an act of kindness. And sharing kindness has consistently been linked with subjective well-being and happiness.

I’ve known this research for years, and I’ve even assigned a “talking with strangers” assignment in the course I lead at ASU on communication and happiness. But it’s just recently that the happiness boost from talking to strangers has come into such sharp focus. And, it seems all that much more meaningful right now, six months into the pandemic and into what Brené Brown calls, being right smack dab in the middle of the dreaded “day two” phenomenon.

I’m not sure if I’ll see the Olaf or ball-cap guy ever again. And it doesn’t even matter. But I do look forward to my next accidental on purpose interaction with a stranger with a pup in the park. And I feel quite thankful for the dogs. Those furry critters are such a “good reason” for me to have a quickie conversation and then, carry on, with a bit more joy in my spirit and lightness in my step.