The Single Most Important Lesson of the Latest School Shooting

For the last week, America has marveled at the behavior of Antoinette Tuff, credited as the unlikely hero who prevented the would-be school shooting in DeKalb County, Georgia.

As a quick summary, 20 year old Michael Brandon Hill entered McNair Learning Academy August 20th, packing nearly 500 bullets, weighed down by extra magazines, an AK47-type rifle, and a committed resignation that he would die that day. It was a Sandy Hook massacre in the making—a toxic mixture of a troubled young man, a long history of mental unbalance, and enough ammo to shoot more than half the student body.

But, someone turned that around. After Mike snuck through the security door behind a parent, he was met by front office employee Antoinette Tuff who, over the next couple hours, talked him down—or more precisely, talked him “up” and “through”—his shoot-out plans. Miraculously, no one—not the police, the children, the staff, nor the shooter himself—was physically harmed.

Much of Antoinette’s discussion with the shooter is recorded via a 911 call, a call that should be required listening for police officers, hostage negotiators, or anyone desiring an education in effective negotiation strategies (abbreviated and full version are available). Antoinette offers additional insight in her first interview after the ordeal. 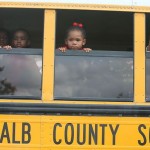 “She did all the things we try to teach negotiators,” said Clint van Zandt, former FBI profiler and hostage negotiator, on NewsNation Thursday. “She was a great ‘go-between,’ she identified with the aggressor, she offered help, she minimized what he had done, she helped develop a surrender ritual, she told him what to expect, and told the police what to expect, she offered love, said she was proud of him, she offered him a positive future–every one of those things is something we spend weeks teaching negotiators, and this lady did it intuitively.”

Even more, right before his surrender, Antoinette took care to ensure the police would not harm the boy (even offering to shield him as he gave himself up), and helped him navigate a last drink from his water bottle.

Since the ordeal, analyses have examined religious lessons learned, how we can train a hero, and whether courage can be taught. These are all good issues, and in the future I may pursue a close discourse analysis of the call.

However, here, I want to focus on what I believe to be the single most important lesson we can learn from Antoinette.

It is this: the mere choice to communicate may be the most important component for practicing compassion.

When faced with an angry, irritated, un-medicated, and violent young man, Antoinette could have easily chosen anger, fear, violence, or distress. Rather than lashing out, isolating him, or fleeing herself, she instead invited Mike back into her office and began to talk and be with him. Through her verbal and nonverbal immediacy, she then recognized his pain, related to him empathetically, and reacted with respect and care.

On its face, this idea—the mere choice to be with another and communicate—is obvious. That is why perhaps it’s so easy to overlook it as a key part of compassion. Indeed, this component is missing in the latest theoretical models of compassion (e.g., Way & Tracy, 2012; Miller, 2007). However, as Antoinette’s case clearly illustrates, the mere choice to communicate is something we should pay more attention to as the crucial catalyst for empathy, civility, and care.

Timothy Huffman, ASU doctoral alum and new assistant professor at Loyola Marymount University, makes a powerful case for the importance of “compassionate presence” as a necessary and overlooked component of compassion in his 2013 dissertation. He asks (p. 82):

Huffman argues based upon his research with homeless young adults that, “One cannot recognize, respond, or react without some form of presence. Presence, it seems, is a necessary condition for other functions of compassion to move forward” (p. 82).

And compassionate presence is what we see in the case of Antoinette.

Let’s consider a related topic of negotiation and how, for a long time, an obvious but key part was missing in terms of explaining how or why negotiation was successful.  The topic of salary and purchase negotiation has a rich history, with much research explaining various factors—e.g., who makes the first offer, the ordering of concessions, the severity of stance, and so on—and their impact on negotiation success. However, in many situations, these factors don’t matter one wit.

So, what’s the difference that makes a difference? In many cases, it’s choosing to negotiate in the first place.

This simple but crucial factor is powerfully illustrated in Babock and Laschever’s Women Don’t Ask where they demonstrate, among other things, that men initiate negotiations about four times as often as women—and these initiations are crucial in terms of men’s increased lifetime earnings and professional success. The takeaway? Successful negotiation requires that the person recognize the situation as one to negotiate to begin with. If you don’t bother to ask for a raise or a better price, a truckload of negotiation skills aren’t going to matter.

It’s the same with compassion. Just initiating nonverbal immediacy and communication is a crucial compassion skill.

Recent neuroscience research shows that when people see images of people unlike them, their first instinct is not compassion. As reported by The Greater Good, “Within a moment of seeing the photograph of an apparently homeless man, for instance, people’s brains set off a sequence of reactions characteristic of disgust and avoidance…as if people had stumbled on a pile of trash.”

Despite these instant responses, human beings do have some control in the matter. Namely, if we take just enough time and care to be with the “other” person, our instant biases are moderated. For example, noted in the same Greater Good article, Ohio State researcher William Cunningham found that despite the fight or flight response in white people who see black faces for just 30 milliseconds (so short that it amounts to subconscious exposure), when they “had the chance to see black faces for a bit longer (525 milliseconds) and process them consciously…they showed increased activity in brain areas associated with inhibition and self-control. It was as if, in less than a second, their brains were reining in unwanted prejudices.”

Likewise, some of the latest brain scan research indicates that, “people stop dehumanizing homeless people and drug addicts when they’re made to guess what these people would like to eat, as if the study participants were running a soup kitchen.”

In other words, taking a moment to connect and focus on the other as a person can trigger compassion and empathy. Antoinette’s actions, along with this brain scan research, support the Contact Hypothesis, which states that under the right conditions, contact between members of different groups can reduce conflicts and prejudices.

So, we can take a lot away from Antoinette’s courage and empathy in that Georgia Elementary School front office. However, perhaps the most basic lesson is that great things can emerge when we take a moment to be verbally and nonverbally close to another.

Many people have called for ways the government should honor Antoinette as a national hero.  But we can also honor her individually, another way.

Specifically, we can choose to spend a bit more time and communicative space with people who, on their face, may look and act quite differently than ourselves—people who we may otherwise be inclined to treat as dangerous, unfriendly, unworthy, or just odd.

In doing so, we might practice “compassionate presence,” a key component to compassion, empathy, courage, and, perhaps, even heroism.